Are You Prepared for This Hurricane Season?? 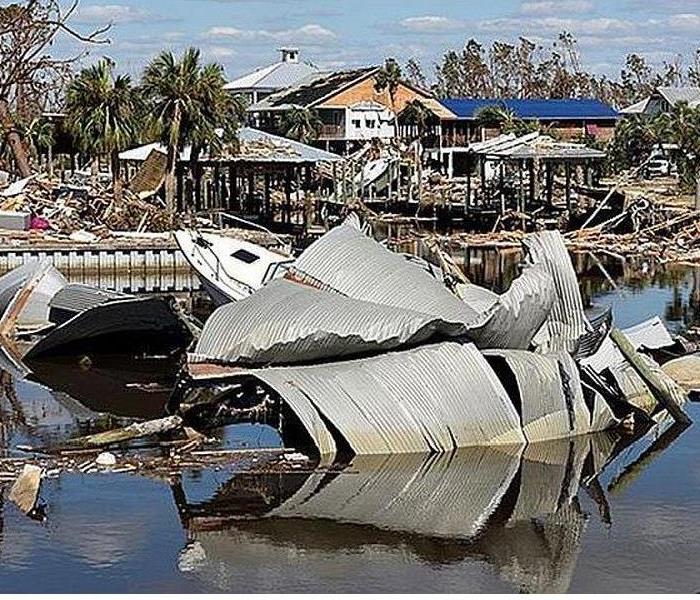 At least 74 deaths had been attributed to the storm, including 59 in the United States and 15 in Central America. Hurricane Michael caused an estimated $25.1 billion in damages, including $100 million in economic losses in Central America, damage to U.S. fighter jets with a replacement cost of approximately $6 billion at Tyndall Air Force Base, and at least $6.23 billion in insurance claims in the U.S.. Losses to agriculture alone exceeded $3.87 billion. As a tropical disturbance, the system caused extensive flooding in Central America in concert with a second disturbance over the eastern Pacific Ocean. In Cuba, the hurricane's winds left over 200,000 people without power as the storm passed to the island's west. Along the Florida panhandle, the cities of Mexico Beach and Panama City suffered the worst of Michael, with catastrophic damage reported due to the extreme winds and storm surge. Numerous homes were flattened and trees felled over a wide swath of the panhandle. A maximum wind gust of 139 mph  was measured at Tyndall Air Force Base before the sensors failed. As Michael tracked across the Southeastern United States, strong winds caused extensive power outages across the region

Although we can’t prevent hurricanes from coming we do want to provide to you the information you will need to help stay safe this season. When it comes to safety we look to The U.S. Federal Emergency Management Agency (FEMA) for guidance. FEMA agrees that being prepared makes sense in any emergency situation stating “Preparing Makes Sense. The likelihood that you and your family will survive a house fire depends as much on having a working smoke detector and an exit strategy, as on a well - trained fire department. The same is true for surviving a terrorist attack or other emergency. We must have the tools and plans in place to make it on our own, at least for a period of time, no matter where we are when disaster strikes. Just like having a working smoke detector, preparing for the unexpected makes sense.” So please, SERVPRO of Tallahassee urges everyone to please plan for this hurricane season and make sure you are ready!! FollowFEMA’S four steps for emergency preparednesswhich can be found by clicking the link provided. Just hold the control key and click on the link provided, you will find helpful tips from FEMA to get by in an emergency situation, as well as step by step instructions.

SERVPRO of Tallahassee will be on standby this season to help our fellow community members and our neighbors; just like we have been for the past 35 years. We are equipped with generators to keep our business going during a power outage, so we can keep helping our community. Our team is willing to work through the storms to make sure your home survives this season, and are geared with sump pumps, extractors, air movers, and other specialty equipment to insure that your home can survive this hurricane season. If you find yourself in the midst of troubling water damage this hurricane season, or if you are in need of our comprehensive services for any reason, remember you are not alone. Call our experienced staff at SERVPRO of Tallahassee at 850-878-8885, we are faster to any size disaster and we’ll make it "Like it never even happened." Just take a look at our testimonials from the years past helping our community members in need. So no worries, you are in good hands. Please stay safe everyone, and be prepared!

Picture featured was obtained from NaturalNorthFlorida.com